My Favorite Social Media Animals of 2015

Let’s face it, the majority of us spend our time on social media platforms like Facebook, Twitter, and Instagram.   I personally have the pleasure of using these platforms to help keep people in the loop of all the exciting events, sales, and pets that come to That Fish Place – That Pet Place.  Throughout my day I can’t help by getting a little distracted by some of the awesome pets that everyone has.  Some of these pets have even skyrocketed to social media fame.  In honor of those pets, I would like to share with you my top five favorite pets from social media. 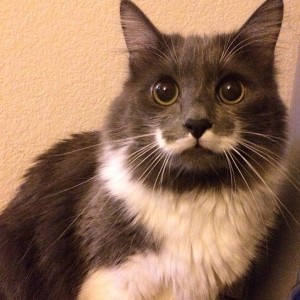 Hamilton the Hipster Cat grew a catstache before it was cool.  This adorable little guy was a rescue that currently resides in San Francisco, California.  With over 115,000 followers on Facebook and 340,000 on Instagram, Hamilton is a force to be reckoned with. I just can’t get enough of that cute little catstache. 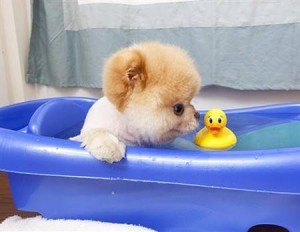 I didn’t think it was humanly possible to squeal for five minutes straight without collapsing from exhaustion, but that is exactly what I did when I first saw Boo.  One look at Boo, and you can see why he holds the title of “World’s Cutest Dog.”  Boo is by far the cutest little ball of fluff that I have ever seen, and with over a million followers on Facebook and Instagram, I know I am not the only one who feels the way that I do. 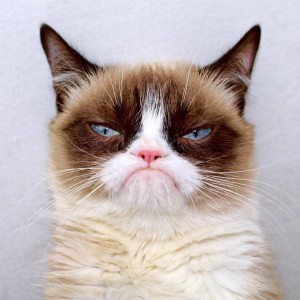 Grumpy Cat
You might be living under a rock if you have yet to experience the majesty of Grumpy Cat, aka Tardar Sauce (yes, that is her real name).   Grumpy cat got her famous face likely due to feline dwarfism. She doesn’t let that stop her, and with over 8 million followers on Facebook, 1 million on Instagram, and 50, 000 on Twitter it definitely shows. 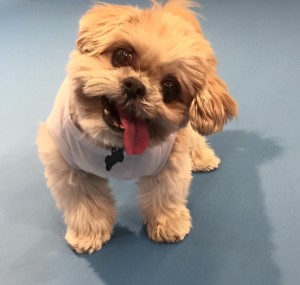 Marnie is what love at first sight means.  Found on the streets in dire need of some TLC, a wonderful woman came and swept Marnie off of her feet and into all of the affection she could ever need.  Though Marnie walks with her head tilted to the left (a result of Vestibular Syndrome), she is perfectly healthy and full of life! Marnie has even recently starred in some commercials for Fresh Pet. With over 300,000 followers on Facebook, over a million on Instagram, and 100,000 on Twitter, it’s very obvious that Marnie has melted the hearts of many, and is sure to be around for a long time to come. 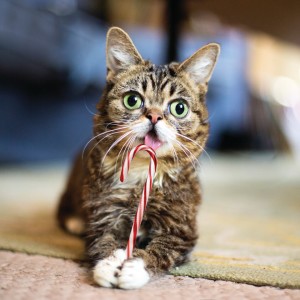 Lil Bub
Last, but certainly not least, my favorite furry kitty of social media fame is none other than Lil Bub.  One look at her, and you just can’t help falling in love.  Lil Bub was born with several genetic mutations, one of which causes her tongue to always stick out. What makes Lil Bub a lil extra special is that her owner, Mike Bridavsky and Bub partnered with  ASPCA, to create the Lil Bub’s Big Fund.  Money raised by merchandise, appearances, and other events are split up by the ASPCA and in turn donated to animal rescues all across the country.  Lil Bub is living proof that special needs animals are equally awesome to any other pet.   You can see more of Lil Bub on Facebook, Instagram, Twitter, and Youtube.

Do you think you have the next big social media star?  Feel free to share pictures of your stars on our Facebook page!

Read other posts by Trisha Ries

My husband and I are currently the lucky owners of two cats; Sushi McHoneyBadger and Puck, and a lovable rat named Dahmer. We currently live in one of the best little river towns in the world, no fooling :) I have gained a lot of experience over the years by working at That Fish Place - That Pet Place. I do my absolute best to provide the best care, love, and affection to all of my pets.